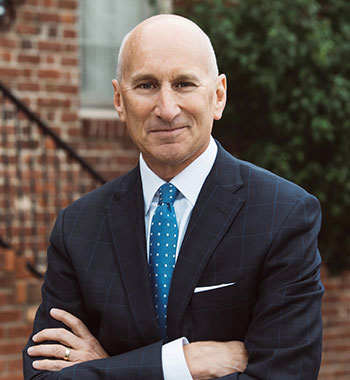 A Bloomington native, Remak completed a degree in marketing at the IU School of Business in 1979. He served on the IU Student Foundation Steering Committee, as captain of the varsity tennis team, and as rush chairman for Phi Gamma Delta fraternity.

He joined Bill C. Brown Associates and American United Life in 1979. Twenty years later, he purchased the agency, which currently employs 16 agents and 15 staff. He was honored as the 2003 Jack Peckinpaugh Associate of the Year, given to one life underwriter in Indiana. He is a nine-time member of AUL’s Chairman’s Council, a life and qualifying member of the Million Dollar Round Table, and former President of the Bloomington Association of Life Underwriters.

Remak continued his support for sports, as Indiana University National Varsity Club Board Member, President, and since 2005, Advisory Member. In 2005, he was recognized with the IU Clevenger Award given to an “I” man who has given back to the university. He provided community leadership on the Boys & Girls Club Endowment Board, as Honorary Chairman for Big Brothers Big Sisters Bowl for Kids’ Sake, American Heart Association Executive Leadership Team, and Bloomington Hospital Hospice Advisory Board. He currently serves on the Riley Hospital Foundation and Monroe County YMCA Boards of Directors.

Remak is married to the former Carol Brown and has three children – Andrew, Lara, and Parker, (all married), five granddaughters, and one grandson.

Ron Remak noted: “My passion to serve comes from my parents, both immigrants from Germany, who lived out hospitality and serving others less fortunate. I have a burning desire to continue their legacy and give back to the community that has been so good to my family. My faith also challenges me that it is far better to give than to receive.”

He brings all his passions to mentoring. He and Carol host several young couples every Sunday, where he models, as his father and mother once did, hospitality and service to others. Half the proceeds from the Toast will benefit Remak’s chosen charity, the YMCA’s Unlocking Potential: StoneBelt Athletics, Recreation, and Training (UPSTART) Program; the other half will be used by the three Rotary clubs for local charitable causes.